Note: If you you have enabled integration after October 5, 2020, see: About integrating Sell and Support for an overview of customer communication in your company.
If you have enabled the Sell Support integration, you can view any Zendesk Support tickets directly in Sell that relate to your contacts and deals.

You'll need a Zendesk Support account on the Team plan or higher to use the integration. All Sell plans are eligible.

Connecting to Zendesk Support allows you and your team to see the history of Support correspondence from your contacts, including highlighting currently open tickets to give you the most relevant information and increase the possibility of closing and renewing your deals.

Connecting Sell to Support provides a one-way sync of your support tickets into Sell. The tickets are displayed in several ways in your Sell Account:

You'll see the following fields from Support in Sell: 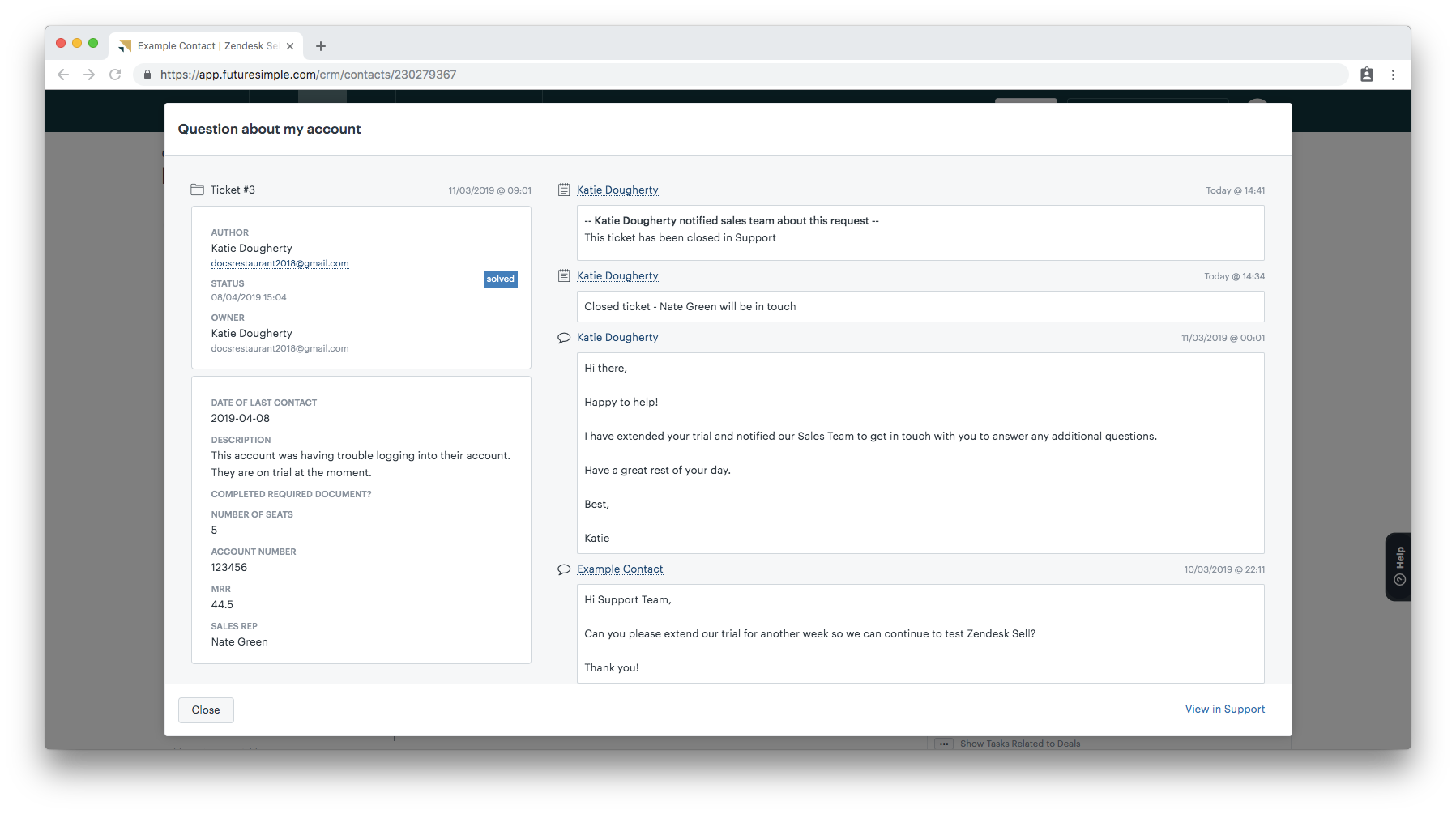 All open tickets for associated contacts are displayed on the deal as soon as the deal is created. You'll see them appear in the Activity Feed and in the tickets box on the right side of the deal card.