If a Salesforce user updates a mapped field indirectly through a Salesforce flow, sales process, or Apex trigger, the field may not sync to Zendesk if the user who triggered the indirect update does not have edit permission to the mapped field.

Because data syncing is one-way, any changes applied in Zendesk are not reflected in Salesforce.

Note: You are limited to 3 ALL conditions and 3 ANY conditions due to Salesforce PushTopic limitations. 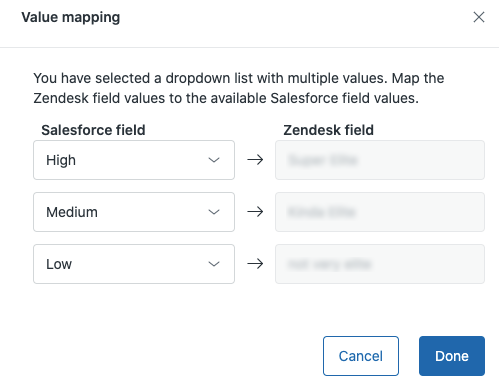