Depending on the settings your administrator has configured, you might be able to choose to add a URL to the Tweet that contains a link to the Support Ticket. Alternatively, your administrator might have configured this URL to be added automatically. See Appending ticket links to outgoing tweets. 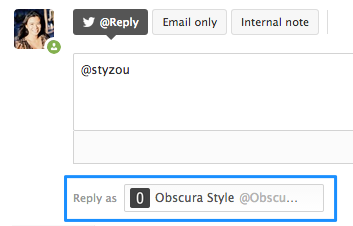 If your admin has enabled it, you can append a URL to link the requester to the ticket. Alternatively, your admin might have configured Zendesk to automatically add the link.

To append ticket links to outgoing tweets, check the Append ticket link box at the bottom of the ticket. A URL will appear in the reply or direct message, but not in the Events field.