Note: Customers who are not on a Suite plan must have the Zendesk Agent Workspace with Support and Chat to use this feature.

The translation feature is enabled by default for all customers using the Agent Workspace, and can be used by any Chat-enabled agent.

Limiations to this feature include:

When an agent enables translation for a conversation, the end user does not receive an activation notification–agent messages simply appear in their detected language. However, translated agent messages are identified in the conversation. 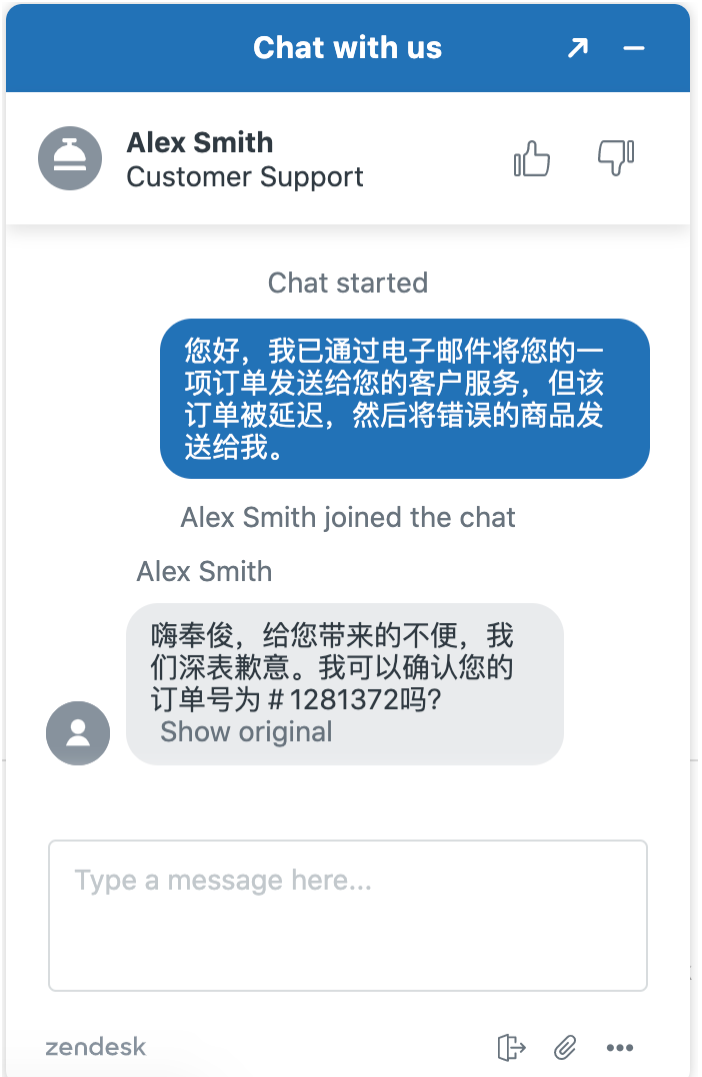