For the customer callback feature to work, at least one agent must be logged in and they must have a status of either Online or Away. 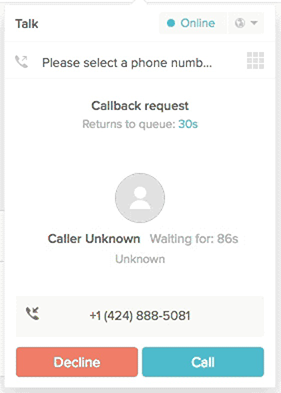 If an agent is in the 'offline' or 'transfers only' state, they are treated as if they declined the request.

If an agent is in the 'away' state, or is busy on a call, they will receive the request once they are available. If they are not available after 60 minutes, the callback request is cancelled and a ticket is created.