Omnichannel routing with unified agent status allows you to direct tickets from email, calls, messaging, web form, and API to team members based on their availability and capacity. On Professional and Enterprise plans, tickets can also be routed based on priority (see Summary of features by plan). Using omnichannel routing means agents can set a single unified status for all channels, and important tickets are assigned to the agents who are most available to work on them. This provides the following benefits:

With omnichannel routing, instead of setting status individually by channel, agents can set a single unified status for Support, Talk, and Messaging. On Professional and Enterprise plans, admins can also define their own custom statuses such as “Out to lunch” or “In a meeting.” This can assist you when deciding how you want to route work items (calls, tickets, and messages) based on the agent status and capacity. See Adding unified agent statuses.

To use omnichannel routing, you have to enable and configure it. If you decide to stop using it, you can turn it off.

Omnichannel routing routes work to agents based on the following:

Then triggers are used to assign the tickets to groups, assign a ticket priority, and add a routing tag to the ticket. The following table shows the order in which tickets (generated from email, web form, API, messaging conversations, and calls) are routed to agents:

Tickets are assigned to agents based on the following:

Here's an example of a scenario for omnichannel routing: 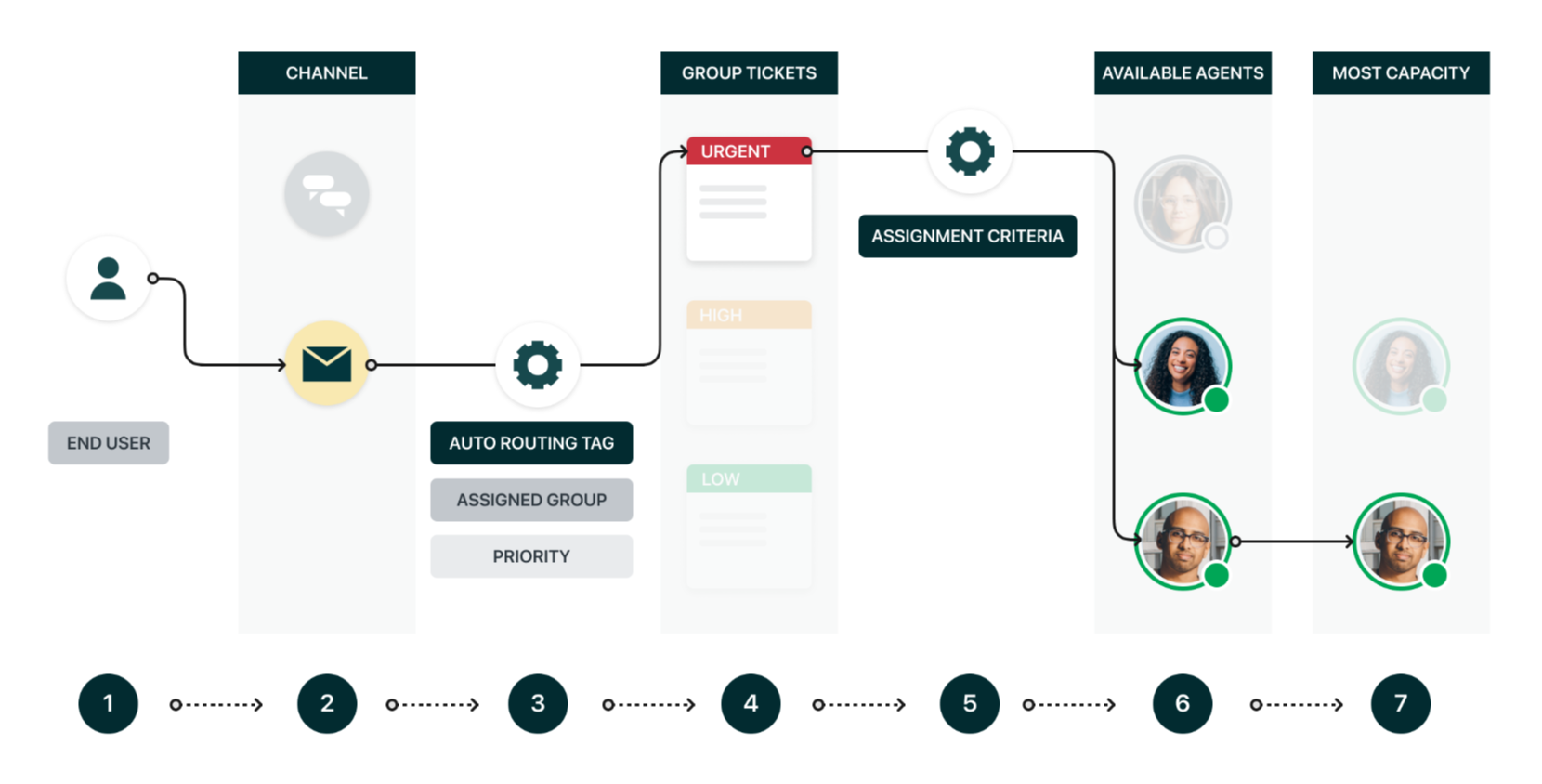 With reassignment timing, a message can be reassigned to another agent in the group if the original agent does not take the message within a specific time threshold. The default threshold is 30 seconds. On Enterprise and above, that threshold can be customized.

The reassignment timing setting must be turned on during setup to reassign messages automatically if they aren’t accepted within the specified time. If that setting isn’t enabled, the routing engine will keep trying the same agent.

Summary of features by plan

The availability of omnichannel routing features varies by plan level. The following applies to your Zendesk Suite plan level, or to the plan level of all individual products:

Requirements and limitations of omnichannel routing

There are a few requirements for using omnichannel routing, as well as some limitations you should consider before enabling the feature.

Your account must meet the following requirements to use omnichannel routing:

See the following articles for more information to help you get up and running with omnichannel routing and agent statuses: