Note: This article refers to trigger deployment from a premium sandbox, which is currently in beta.

This article describes what to do if you’re deploying a trigger from a premium sandbox to production and you get an error message saying there are missing dependencies.

A dependency is any reference in a business rule such as a trigger. It could be a group, an individual, a custom field, or anything else a trigger can reference in a condition or an action.

For example, in the following trigger condition, the combination of the custom field “Office location” plus the drop-down option “Winston-Salem” is a dependency.

When a premium sandbox is created, all dependencies are copied from the production environment along with the triggers. This means that when you’re in the sandbox, you can see and use them in existing and new triggers.

However, if the trigger has any dependencies that aren’t found in production, you’ll receive an error message when you try to deploy it. Even if you recreated the dependency separately in production, it isn’t automatically mapped to the sandbox version and will count as missing. 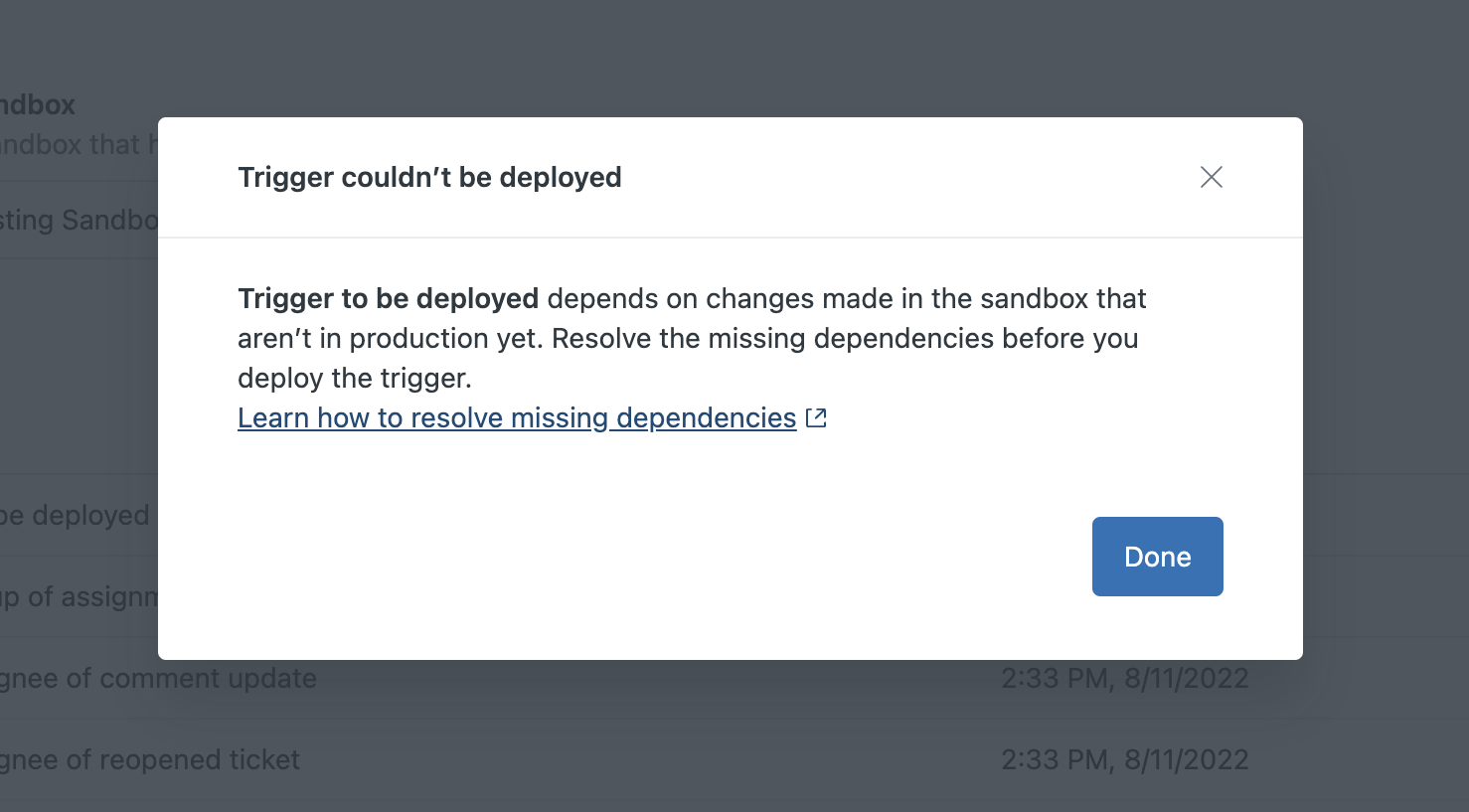 If you get a deployment error due to missing dependencies, you need to create the dependencies in production and ask Zendesk to map them to the ones in the sandbox.

First, for each condition and action in the sandbox trigger, check all references in production until you find any that are missing.

To find a missing dependency in your sandbox

For each missing dependency you find, locate or create an identical one in production, and note the type and URL. Types include custom field, organization, group, and so on. You can copy the URL from your browser bar.

Be sure it exactly matches the one in the sandbox. In the example above, it would be “Office location” and not “Office Location,” and “Winston-Salem” not “Winston Salem.”

Next, contact Zendesk Customer Support and ask them to map each sandbox dependency to the version in production.

To ask Zendesk Customer Support to map a dependency to production