{"showBanner":false,"urlFilters":[],"type":"warning","title":"Service Incident","content":"We are investigating reports of customers being unable to use our Zendesk Widget for support. If you need urgent assistance, please reach out to serviceincident@zendesk.com. For more information, .","linkURL":"https://support.zendesk.com/hc/en-us/articles/4577692745114-Service-Incident-May-4th-2022-Zendesk-ZBot-Widget-unavailable","linkText":"please read this announcement"}
Brett Bowser
Zendesk Community Manager

With the launch of our Email and Sequence Enhancements for Zendesk Sell, the Community Team sat down with Jakub Konik, one of our esteemed Product Managers for Sell, to discuss what went into building these features for our customers. 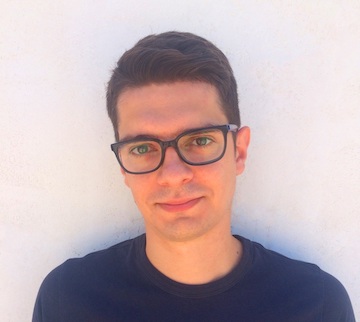 I'd love to hear the story behind the Email & Sequence Enhancements functionality that you and your team have been working on. First off, can you talk about what that includes?

Sure! There are actually three features hiding behind that name.

The second project is Sequences on Contacts, and as the name suggests it simply allows you to add leads and contacts into email & task sequences. Users can build sequences of automated emails and tasks, and then add leads or contacts to such sequences. This was the most requested sequencing feature.

Our third feature, which will be released later this year, is called Unsubscribe and will provide the ability to add an unsubscribe link to all sequence emails, and in the future to all batch emails.

What sort of customer feedback were you getting that demonstrated the need for these enhancements?

All three enhancements were based on a multitude of customer feedback. For email templates our users were very vocal for quite some time that they’re struggling with copying and editing copies of the same templates between leads and contacts. Even though we knew it, fixing this was a very complex project and we decided to do it now because we were introducing sequences on contacts. Now users can build sequences using unified email templates. If it wasn’t the case, then users would have to create separate sequences for leads and contacts, which would replicate the issue we had for email templates. Thanks to customer feedback we could improve template experience and simplify sequencing.

For the Unsubscribe project we realized via customer reports that accounts who send a lot of emails through Sell would sometimes hit spam filters, and the main reason for that was lack of unsubscribe link in automated sendouts. In the sales world having your email delivered is vitally important, so it was a no-brainer that we have to do it.

What can you tell us about the customers that were most affected by this limitation?

I can tell that they were very vocal and had clear and reasonable expectations from Sell that we were not fulfilling. In such a case it’s great to work on fulfilling those expectations, as the problem was clear and it was on us to find & deliver the best possible solution.

Were you getting feedback on this from the Community?

Yes, especially for sequencing on contacts. We received a ton of feedback and we're excited to offer these new features for our users!

How long of a process was it to build and implement these new email sequence enhancements?

From discovery, through ideation, execution, testing and release it will be more than six months across three teams. It’s often surprising how functionalities that seem simple can prove to be quite hard to implement, especially if you have to take into account all the complexity and interconnectedness of software products. Sometimes introducing one thing requires you to look at and fine-tune ten others.

Once you’d decided to build Email Sequence Enhancements, what was the biggest challenge you faced?

I have to name two: testing and team capacity. Testing, because it’s very demanding to find all things that can go wrong when doing three projects simultaneously, and capacity because we always want to do as much as possible, and sometimes there’s just not enough time. That’s why even more improvements related to all those three projects are coming in the future.

Is there anything you would like our users to know before working with those new functionalities?

Combining email templates with unsubscribe links and sequences can be a very powerful sales tool. I encourage everyone to try using it and to share their feedback – this way we could make it even better in the future!