{"showBanner":false,"urlFilters":["/community/"],"type":"success","title":"Zendesk User Groups have launched!","content":"Connect, learn, and share with users like you. ","linkURL":"https://usergroups.zendesk.com/about/about-user-groups/","linkText":"Click here to learn more."}
William Sedgwick

In the only workspace you could see where every email was sent to within the ticket. However you can now only see when and end user is doing this. so if people in cc get added at a later date without looking into ticket everts, which most people aren't going to do with every ticket that comes to them.

Having moved to the agent workspace yesterday this is causing issues when assigning tickets to other members of the team who aren't aware that a change like this has occurred. it also is an issue when viewing older messages within a ticket where the requester has changed half way down the ticket feed. for example: 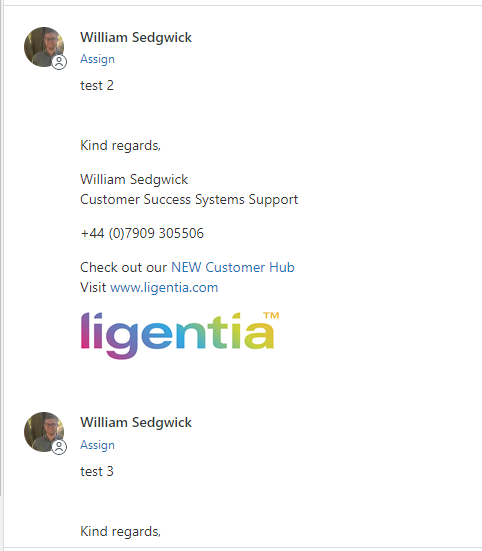 these 2 messages were sent to different people. and the only person who knows this when someone else in the team responds later is me.

Please can we add the ability to see where each message was sent back into Zendesk. I don't know why it was removed. It is still there when the end user makes a change but not when an agent does. Please add this back.