{"showBanner":true,"urlFilters":["/community/"],"type":"success","title":"Zendesk User Groups have launched!","content":"Connect, learn, and share with users like you. ","linkURL":"https://usergroups.zendesk.com/about/about-user-groups/","linkText":"Click here to learn more."}
Ben

Context
Working with one of our clients using Zendesk Sell, and they've found some duplicate Lead records and duplicate Contact records.
The solution is to merge the records.
They checking the check-boxs of the records they want to merge. 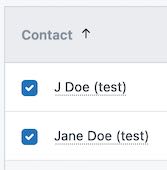 They select Merge from the menu

They get asked if they're sure they want to do this 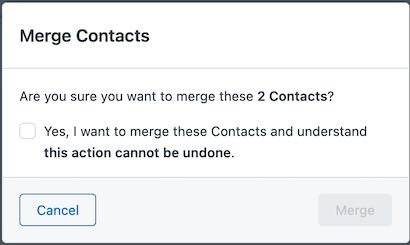 They check the box, and click Merge.
The records are now merged. Which sounds wonderful. Until you go to the record and take a look at it. An unholy mess awaits the poor user.

This merge functionality is broken. How so?
There are now new fields in the database (😱) created because of merging two records.
These new fields are the original field names with a `#1` suffixed to them where the two records merged had data in the same fields, i.e. first name, that was different, i.e. `J` vs `Jane`.
And if you merge three records at once, you end up with `#2` suffixes as well... (😱) You can in fact merge up to five records at once. 😱x5

From a data cleanliness point of view, this is undesireable. If we wanted the old values, we wouldn't have merged the records. If we want to know what the old values where, we'd look at the activity/change/audit log (separate issue I won't unravel here).
From a search point of view, a user now has more fields to choose from, and those fields represent the same data as an existing field.
From a reporting point of view, a report or list can now be built using these extra fields, which means either broken/inaccurate reports/lists, or reports/lists that break when an admin user rightly removes the field.
There is no clarity for the user as to which record has it's values kept in the original fields, and which is kept in the newly created fields. Now you and I know there's a guide article here, https://support.zendesk.com/hc/en-us/articles/360041516893-Merging-leads-or-contacts which helpfully notes: The topmost selected record is the one that the other record(s) will be merged into. You’ll see a confirmation of the merge in the notes for leads or contacts. But there are two problems with this:
1. it's not evident to the user at the time of taking the action, not even a link to the article above
2. if they have discovered this though previous drama and angst, and they're doing this from a list longer then a few contacts, then sorting the list differently to make one record topmost can be problematic, the least of which is losing your place in the list you're working through.

This product exist because it solves problems for users and management. The current functionality creates more problems than it solves.

They want a SINGLE record (or entity), not a CONCATENATION of records (entities).
Admins and Management do not want to have a profusion of records with all these `#n` suffixes because it will create confusion in lists and reporting. Not a maybe, it will. By not creating additional fields we reduce confusion, we reduce the risk of errors due to users using the incorrect field.

2. ✅ Allow the user to select which record data to keep.
In it's simplest form, the secondary records only populates fields where the data is null in the primary record.
In an improved world, the user gets to choose which values from each record to keep on the resulting record.
This gives clarity to the user as to the result they will receive.