The power of Jira and Zendesk together... it's just beautiful.  Out of the box, the integration allows Zendesk Agents to create or link a Jira ticket to a Zendesk ticket.  However, this may not be enough. When Engineering has released the bugfix or feature, your Customer should be informed, right?

That's where this User Tip comes in.  If you're ok with modifying the post functions on each of your Jira workflows, you can use a previous guide. If you prefer to do this more generically across multiple Jira Workflows, keep reading!

Install the Jira Integration App on Zendesk and Jira (Cloud).

Configure your Jira webhook for field syncing (in Jira).

Create a new API key in Zendesk for Private Comments: 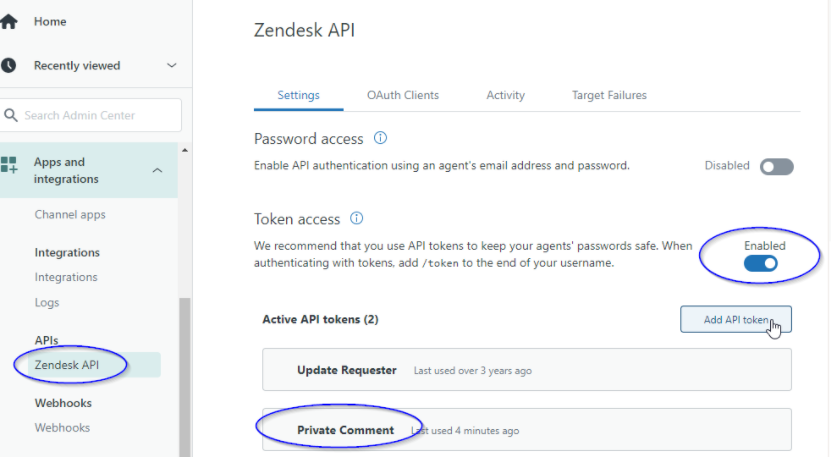 Create Webhook in Zendesk for Private Comments with the endpoint https://YOURDOMAIN.zendesk.com/api/v2/tickets/{{ticket.id}}

Remember, the authentication is "basic" with the "email/token" for the user (I suggest using a service account!) and use the API token from the previous step as the password: 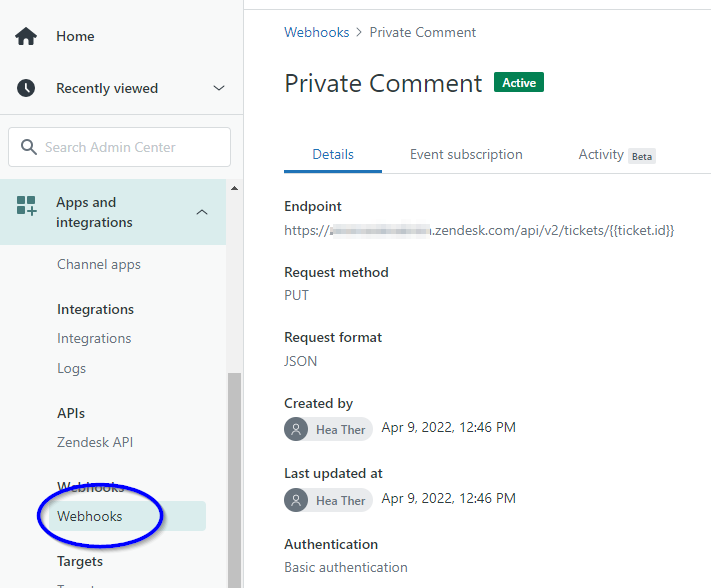 Create a custom single-select dropdown field in Zendesk to mimic your Jira workflow(s).  Here I've titled mine "Jira Status" to keep it simple. This should be an Agent-facing field, not required on solved.

Remember to add the field to any/all Zendesk Forms that you expect to be used on tickets with associated Jira issues. I usually add it to all my forms, put it at the bottom of the form.

Pro Tip: Prefer to hide the new custom field or mark it read only in Zendesk? Use the Zendesk Field Manager app! 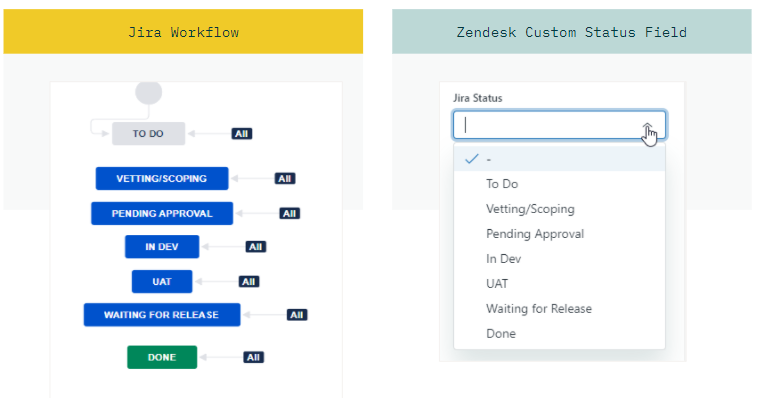 In Jira, set up the field mapping from Status to the new Zendesk custom field Jira Status:

Create your Trigger in Zendesk to notify the new webhook. In this example, the Jira status "Done" means released and I'm using "released_notify" as a tag to make sure this doesn't fire multiple times: 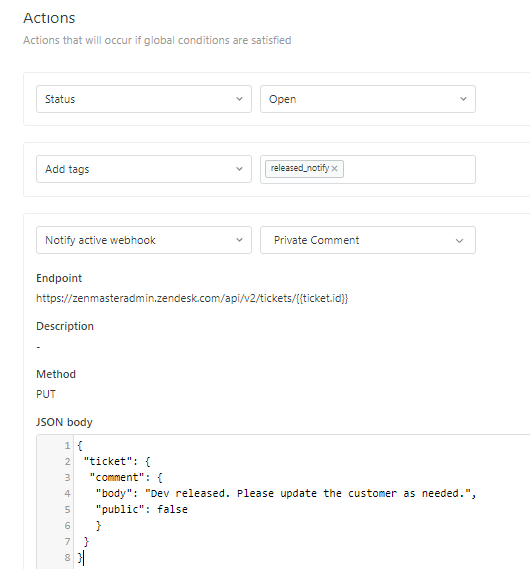 Create a Jira ticket from Zendesk. 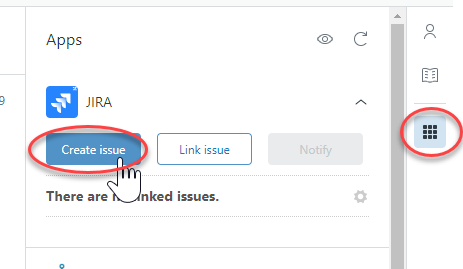 Go to Jira and move that ticket through the workflow to Done (or your selected status that you used). Go back to the Zendesk ticket and make sure the ticket is updated. Note: you may need to refresh your browser. It should look like this: 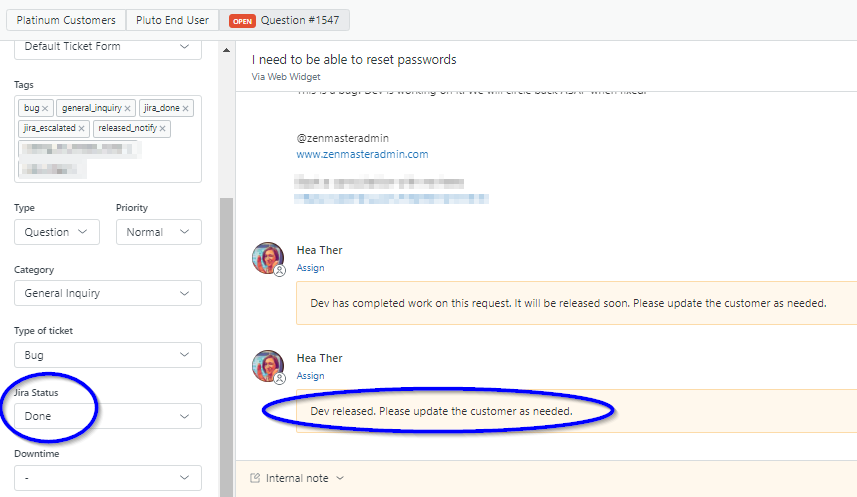 Maybe this should be Step 1 because this is the part where you need to ensure your Agents in both Zendesk and Jira are following the same behavior patterns.