{"showBanner":true,"urlFilters":["/community/"],"type":"success","title":"Zendesk User Groups have launched!","content":"Connect, learn, and share with users like you. ","linkURL":"https://usergroups.zendesk.com/about/about-user-groups/","linkText":"Click here to learn more."}
Al hunter

Hello Team:
I am pretty new to Zendesk SDK and programming but I'd like to programmatically use the comment.text area to leave an internal note after the chat has ended to let the agent knows that the chat has ended, just for visibility purposes.

Additionally I would like to remove the send button on the right during chat sessions since we are running the sendMessage method via code instead, any idea on how to achieve these things, fellas?

So far, I am able to detect when the chat ends via the zopim_chat_ended tag, but I don't think this is totally efficient, besides that, I'd rather leave a rich text or HTML message as the last message of the session thread just before the chat comes to an end, stating that the chat session has ended, 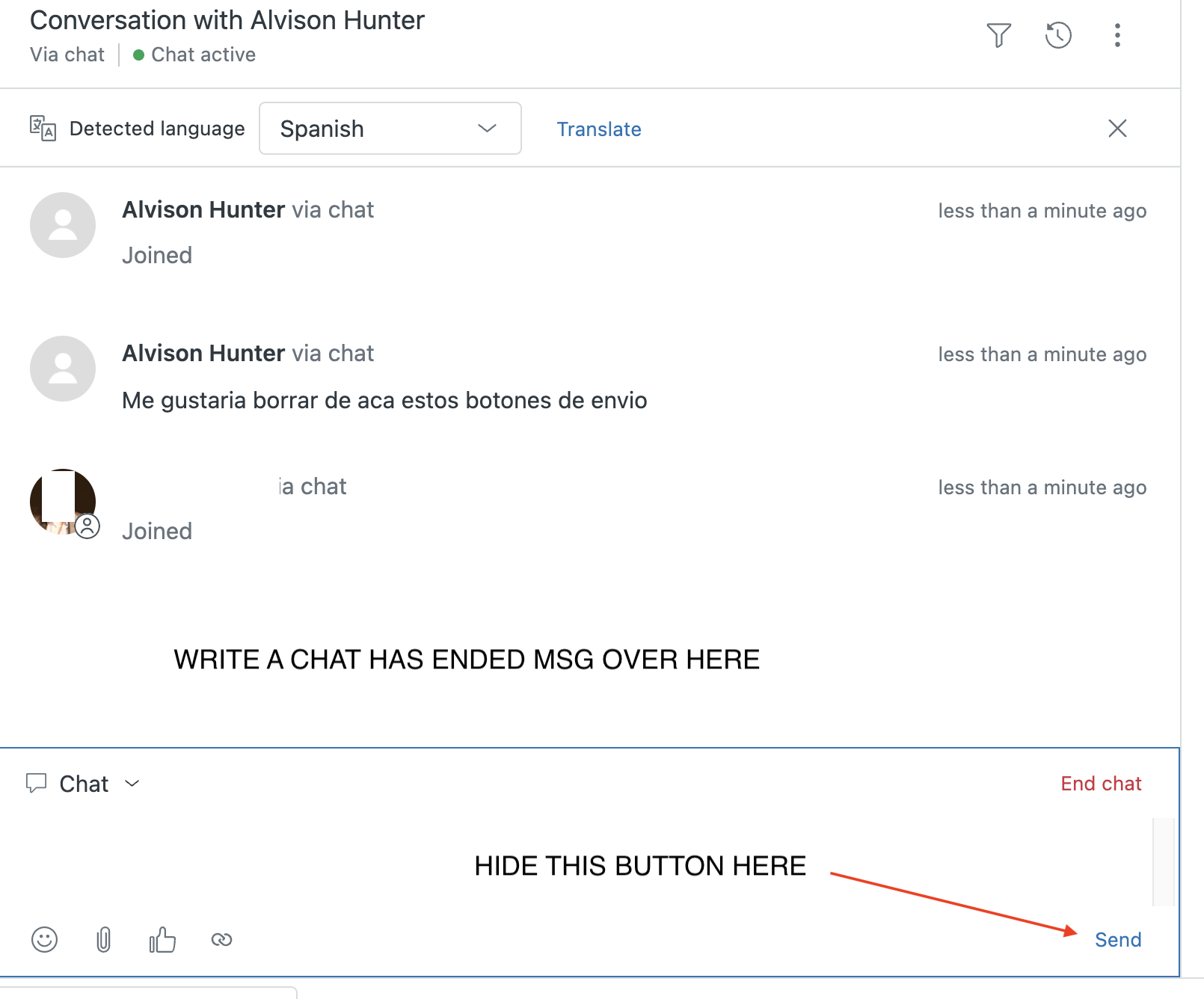