What are the uses of each mobile SDK?

I see that Zendesk has multiple mobile SDKs. What can I use each one for?

The Talk SDK is also available for both iOS and Android. This SDK is used as the mobile implementation of your Talk product, allowing you to use phone support with the Talk digital line.

Not to be confused with the Unified SDK below. The Unity SDK was created to bring Zendesk features to Unity games so that players could access requests, Help Center content, and be in contact with your support team without having to leave the app.

You can find more information about this SDK in this article: Announcing the new Zendesk SDK for Unity.

For more technical information about this SDK, see our developer documentation.

What is referred to as the Unified SDK is not technically a SDK, but rather the foundation that makes the Chat SDK, Support SDK, and AnswerBot SDK work in the same place. Those are also called the Classic SDKs and are developed so you could use them together within the same application: 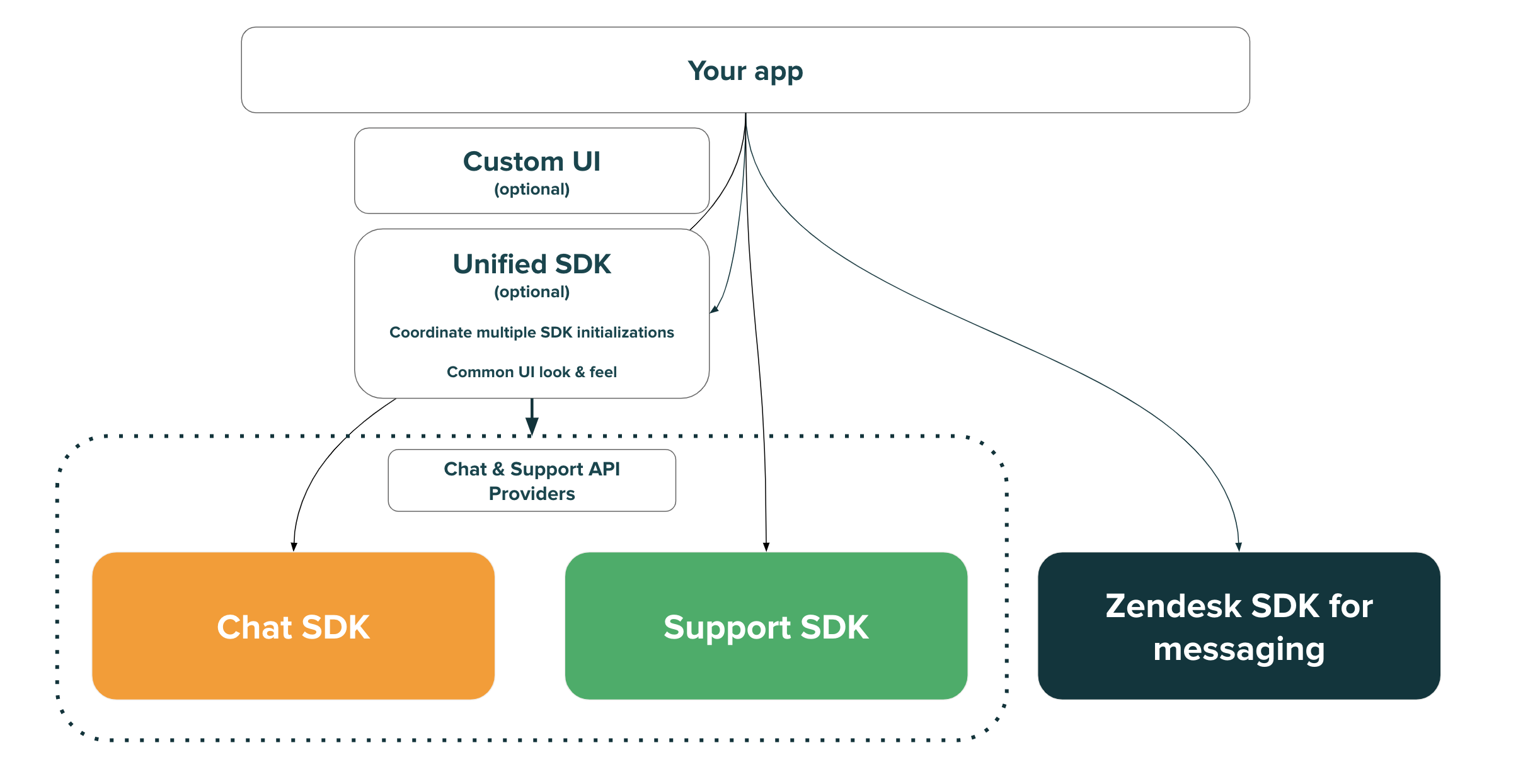 The Web SDK is not technically a mobile SDK but since it causes confusion we wanted to address it here as well. It can refer to the Zopim Web SDK, which allows you to develop your own version of the Chat Widget.

The term can also refer to the Zendesk SDK for Web, a new version of the Web Widget that integrates the features of messaging.

If you observe an issue with any of the mobile SDKs, contact our support team with the information described in this article: Ticket submission guidelines for mobile SDK developers.