When you add a metric and multiple attributes to a query, the metric is typically sliced by all of the attributes. Using aggregation level functions, you can specify exactly which attributes will slice your metrics. If you used Insights, you’ll recognize this as similar functionality to the BY keyword. In this article, you'll learn about the aggregation level functions and how to use them.

Your results will look similar to this screenshot: 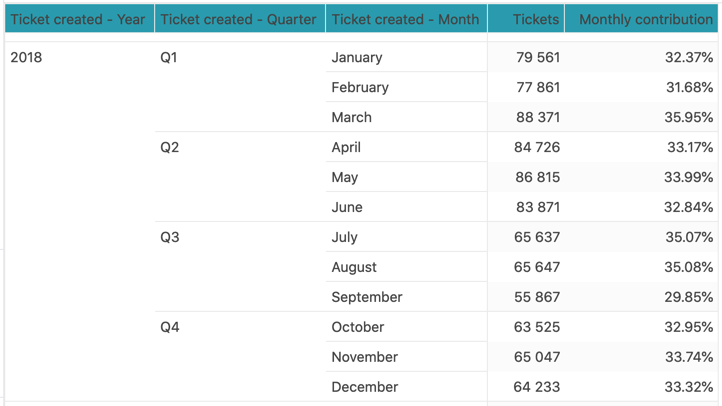 Display the median first reply time across all groups, over the past 30 days

Explore displays the median first reply time across all groups, over the past 30 days:

This example illustrates using the ATTRIBUTE_ADD function which slices the metric you specify by all attributes in the query plus the one you specify. 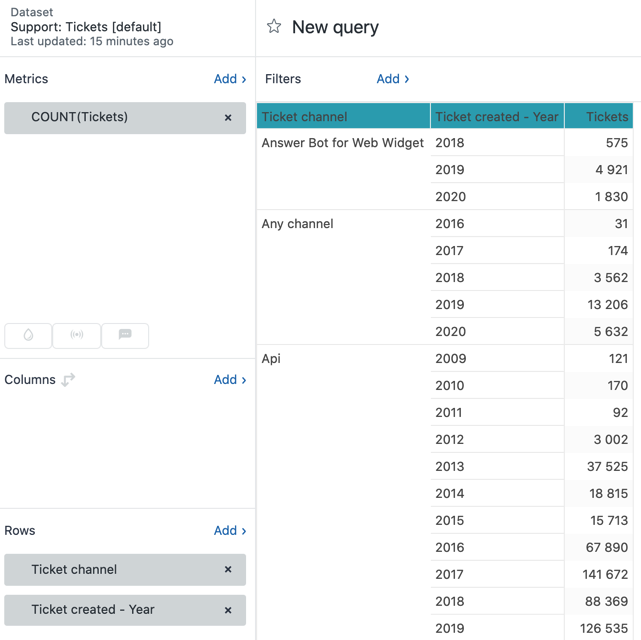 3. Add your new metric to the Metrics panel of query builder using the average (AVG) aggregator. You’ll notice a new column in the table Average per channel, but it displays the same result as the Tickets column.

This is because you’ve already added Ticket created - Year attribute to the Rows panel.

4. In the Rows panel, remove the Ticket created - Year attribute. 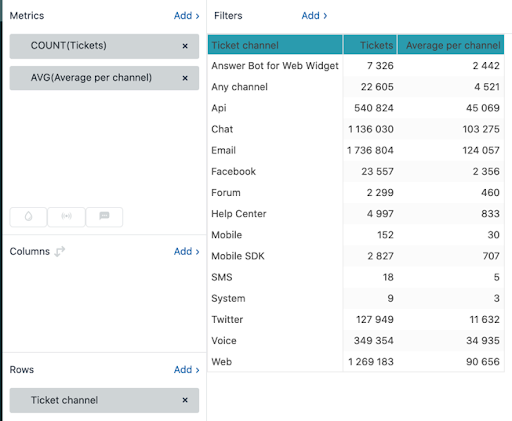 For each month, Explore displays the month name and the maximum number of tickets that were received from one channel in that month.