These plans enable you to select multiple languages, which are used to determine the language used in system messages and email notifications that are generated by your business rules.

Note: (Requires Guide Professional or Enterprise) You can enable languages in your help center and set up your knowledge base to deliver content in your supported languages.

(Requires Guide Professional) You can also enable languages in your help center and set up your knowledge base to deliver content in your supported languages so that end users can choose the language they want in help center.

You can set a user's language preference in their user profile, (this includes both your staff and your end users). 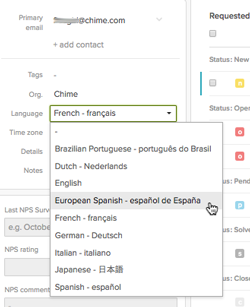 The list of available languages is the same as the languages you selected in the Localization settings page. If the user's language is not supported, they cannot select it.

For unregistered end users (those who do not yet have an account), or registered users who are not logged in, the language can be detected in several ways:

The auto-detection mechanism is performed on unregistered users only. If user profile language was set previously it can be updated manually by an agent, the end user, or automatically via an API call. If the user is created via Zendesk Support agent interface or an API call (which doesn't set user language), the default system language will be used.

All of your content (from the welcome message to automated responses in your business rules), should be managed with dynamic content.

As you receive support tickets in the different languages you support, you can use automations and triggers to automatically route them through your workflow. As an example, imagine that your Zendesk Support includes three languages, (English as the primary and default language and also French and German). You've structured your organization to support this by creating groups of agents that are fluent in French and German. When you receive support requests in either French or German you use a trigger to automatically assign those requests to the appropriate group. 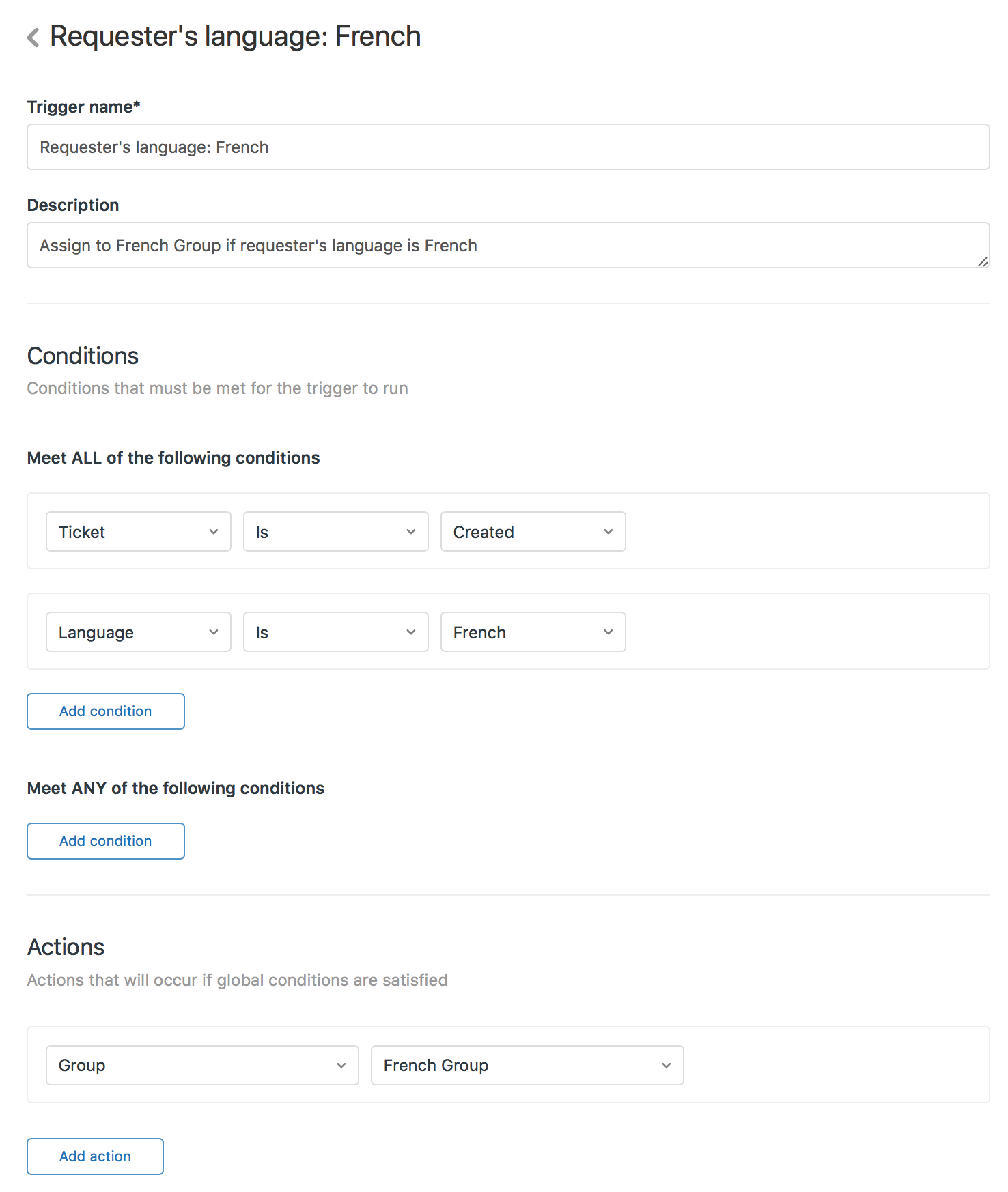 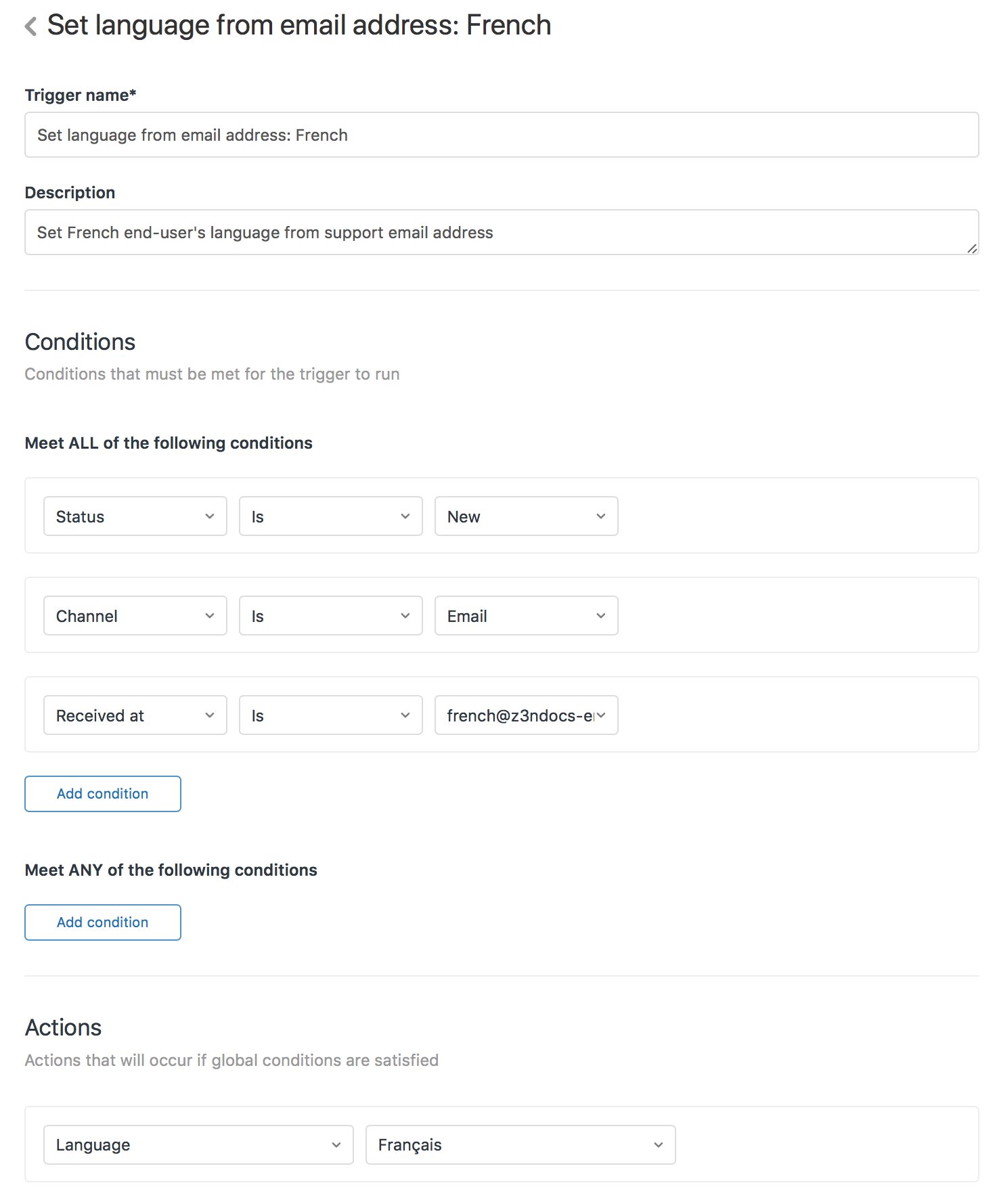