Suspended emails are displayed in a system-generated view. The Suspended Tickets view is visible to any agent with access to all tickets. 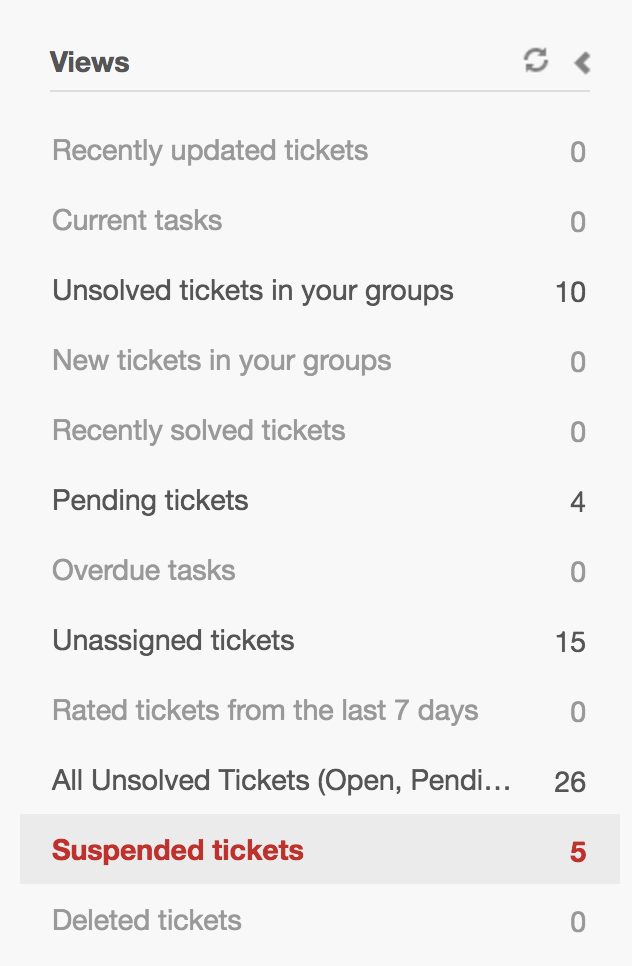 Using the blocklist and allowlist to refine the suspended tickets view

The allowlist is used in conjunction with the blocklist to restrict access to your Zendesk. Emails submitted by end users on the blocklist are suspended (default) or rejected. The allowlist specifies who is exempt from the blocklist rules, as well as bypassing some standard causes for email suspension.

For more information, see Using the allowlist and blocklist to control access to Zendesk Support.