Apps are custom-built applications that extend or enhance the functionality of your Zendesk interface. The Zendesk Suite provides a lot of functionality, but not everyone has the same requirements or uses Zendesk the same way.

You might need something that better supports your workflows, provides you time-saving automation, or enforces your processes. Ultimately it’s about increasing the efficiency of your agents and customer satisfaction. For example: you might want to:

Fortunately, Zendesk and our partners supply a wide range of apps to extend the functionality of your suite. What's even better, is that if you can't find the one you want, it might be possible to build it yourself. You might only make use of one app, or perhaps a combination of apps that will take your Zendesk instance to the next level.

You must be an administrator to install apps.

Apps are custom-built applications that extend or enhance the functionality of Zendesk features. For example, the time-tracking app integrates with your ticketing system to help agents record the time they spend on a ticket.

Public apps are available on the Zendesk Marketplace for anyone to use.

Private apps have been built by your company and uploaded into Zendesk. They are not listed on the public Zendesk Marketplace and cannot be installed and used by other Zendesk customers. Private apps can be used on Professional plans and above.

Your company might decide to build a private app if you have a specific requirement to modify or extend your agent’s interface or if you’d like to connect an in-house application and Zendesk. Private apps are not listed on the public Zendesk Marketplace and cannot be installed and used by other Zendesk customers. Private apps can be used on Professional plans and above.

You can use the Zendesk Apps framework (ZAF) to build your own app. Alternatively, you can use a Zendesk partner to create your solution.

Discovering apps in the Zendesk Marketplace

You get apps that have been built by Zendesk and our partners, from the Marketplace at zendesk.com/apps. Along with apps, you can also find a range of themes that you can apply to your Help Center. For information about how to find and install apps, see Using the Zendesk Marketplace.

Many apps are available for free. Some apps have a cost (for example, per agent or per month) that are explained in the app listing. Paid apps usually offer a free trial period so you can see if the app is right for you first before purchasing it.

Each Marketplace listing includes app information, screenshots, and user reviews so you can make sure an app is right for you. 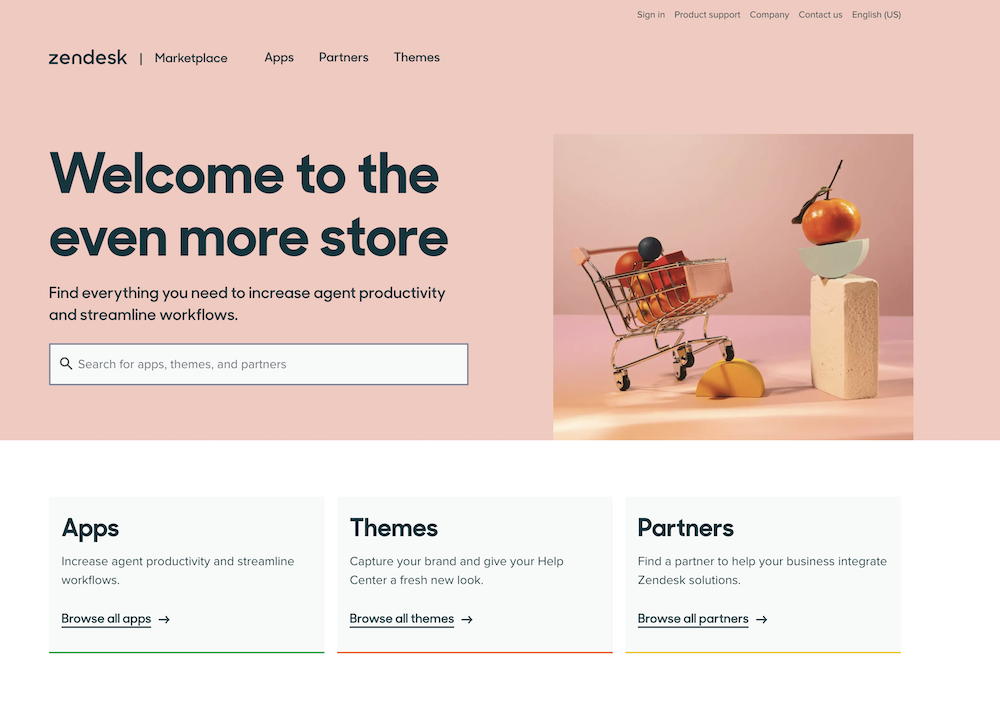 Getting started with the most popular apps

Considerations before installing an app

Installing an app to your Zendesk instance may provide you with some great additional functionality, but there a few things to do or consider beforehand: