When you specify the number of hours that should be met or exceeded for an automation to fire, it's important to understand these four things: 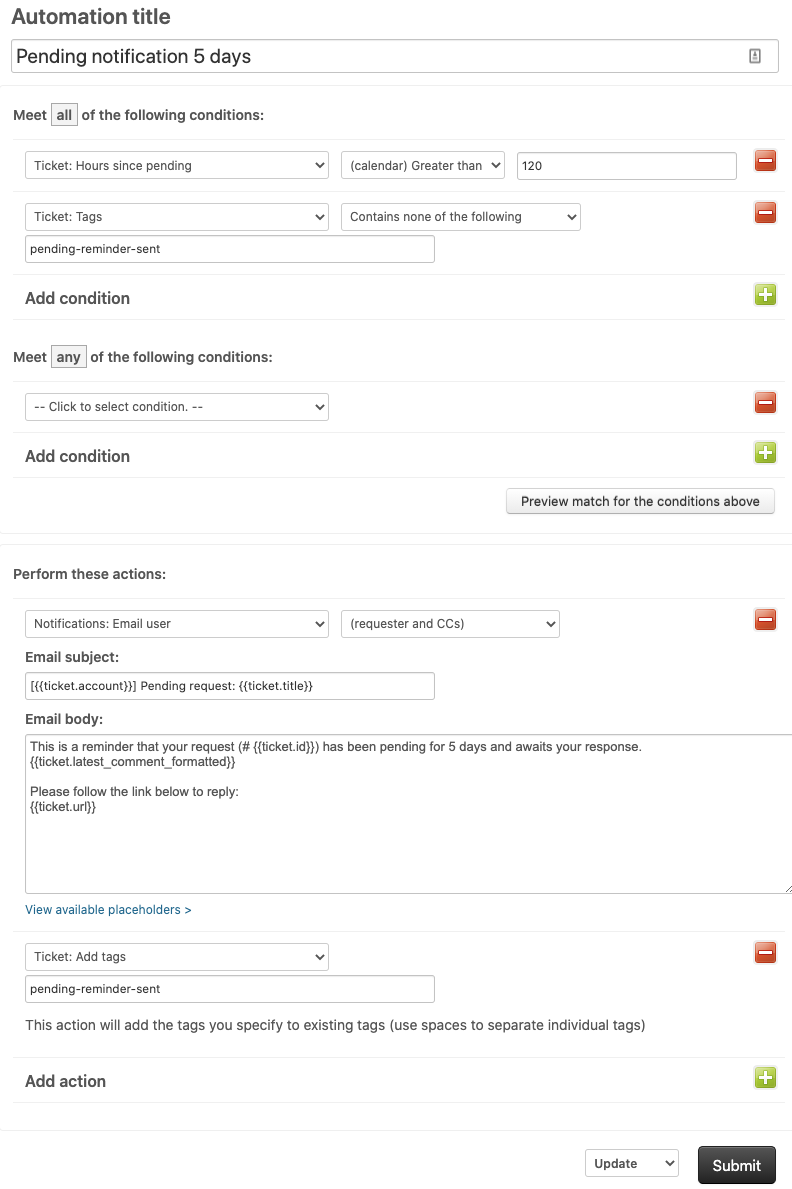 Understanding how the automations ticket limit works with "Hours since" conditions